I was six when I received my first pony „Graziella“. My grandparents bought her for me because of her beauty. She was only three years old – so both of us very young. We had a playful time, specially her. I was never interested in jumping her until we  moved to Italy. We were based in Bagno a Ripoli above Florence where the Fiorello Pony club was situated just aside of my school. I started to train with Carmello as my teacher and the children of my age. I participated at small local pony shows. My grand-parents came to watch these events and that is how my career as a show jumper started.

My grand-parents Heidi and Werner Glinz were my biggest fans and sponsors. Through our friend Paddy Hynes from Ireland we bought the two ponies „Shannavalla Lad“ and „Thurnderclap“. Shows were a family gathering where also my two cousins Simone and Nadine Geisser participated.

At 18, I decided to study in the US. I competed there for a few months. It was too demanding to study and ride at the same time so my horses moved back to Switzerland. That is when we started to bread from „BB Caressa“ which is now the grand-mother of the foals that were born this year.

Having finished my exams in the US, I returned to Switzerland. We still had my two stallions „Diamond Que“ and „Clover Brigade“ plus the youngsters that we bread. My horses were stabled at a farmers place at the time as my mother hacked them in the country side. We tried to find for a place to build our own stables. It took us four years to find this land here in Thalheim. During this time I started to train Magdalena Umbricht and her horses.

Thomas Ryan at the time rode a horse for my mother when I met him at the barn of Thomas Mecan. We were stabled there during the construction period. He was lucky that he not only liked me but also my pug „Pumba“. Pumba, Thomas and me finally moved into the „Castle Stables“. Here we found a place that offers all facilities needed to produce young horses up to Grand-Prix level. 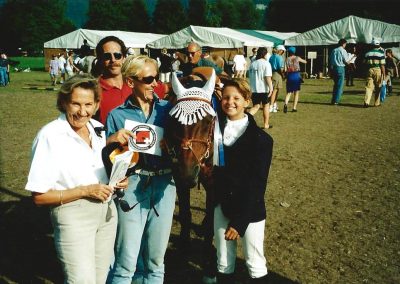 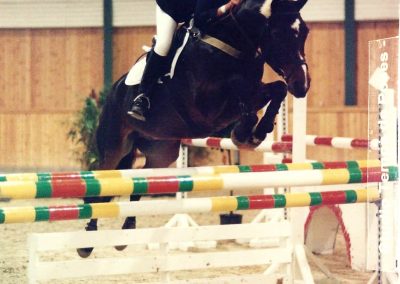 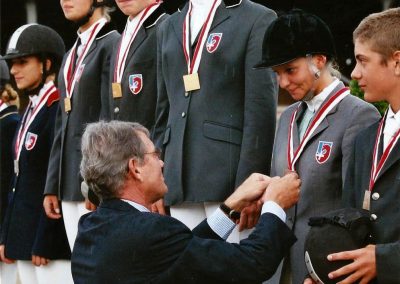