Our fifteen year old guest Fares Azouni from Dubai and his family joined us to train this summer at CASTLE STABLES and participate at the summer circuit in St. Moritz. His mount „Tourano“ was bought a few days before the show from Dietmar Gugler Sporthorses.  The team consisting of Fares Azouni, Magadlina Wenger, Nadine Deville, Kaya Vinci, Rachèle Moser and Laura Aschwanden were supported by parents, friends and our CASTLE STABLES fan club, Florian Aschwanden and Chantal Dudler with Padä and family.

Fares horse arrived shortly before we left to the mountain. The „Bündner Post“ reported on his journey. 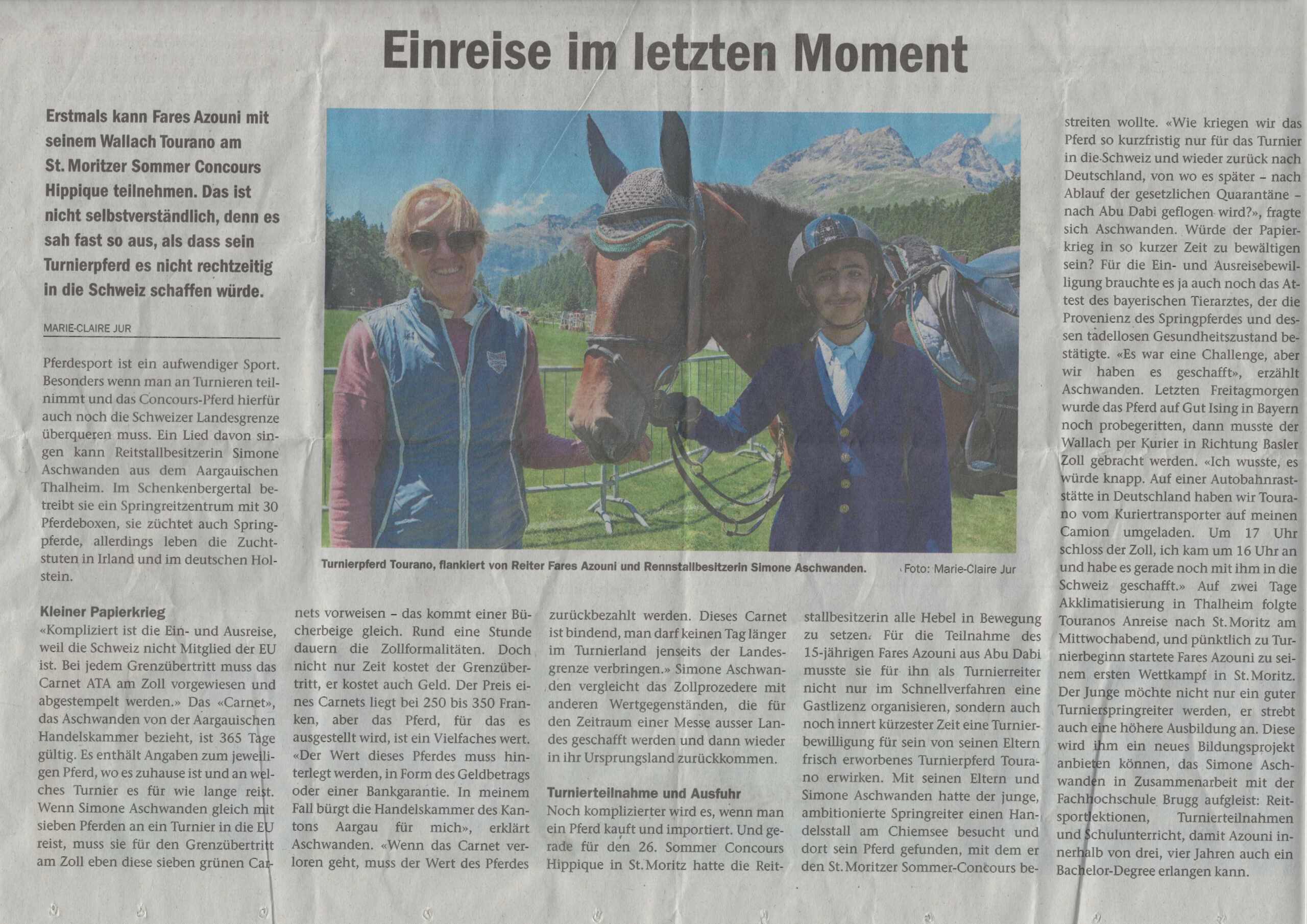 Fares was not only challenged to perform on the grass setting of the polo field in St. Moritz but also by the stable duties he had to share with the girls. 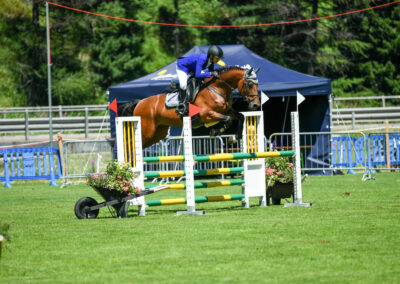 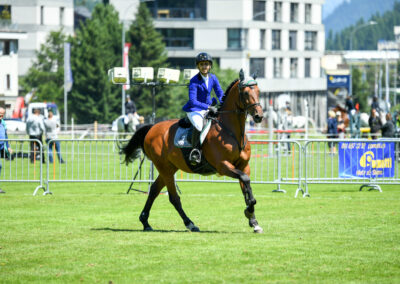 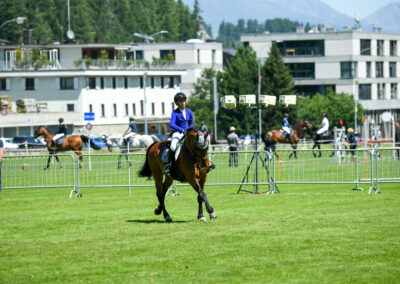 Kaya and Rachèle adjusted well at their first competition in St. Moritz on the polo field. Clear rounds were the target for the youngsters. No „gas“ but correct riding. They fulfilled the expectations. 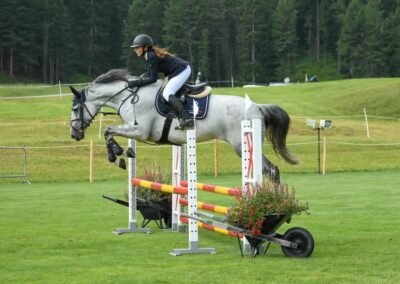 Magdalina knew she was competitive on Lollipop. She was rewarded with a 5th place in the 120 cm class 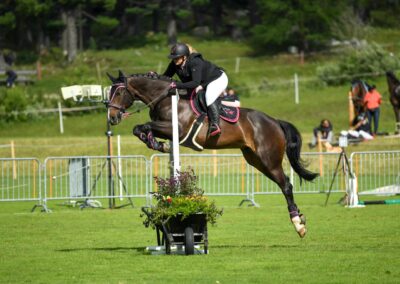 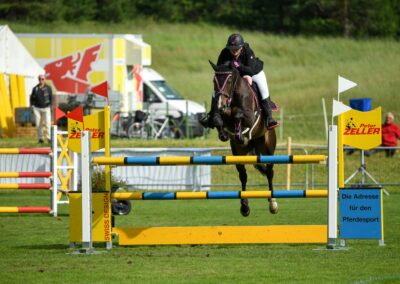 Nadine had to stop showing since the injury of her neck caused too much pains.

Laura’s five and six year old horses „Mission Z“ and Bruno Kalt’s „Uri“ improved their jumping in every round on this large green arena surrounded by mountains. 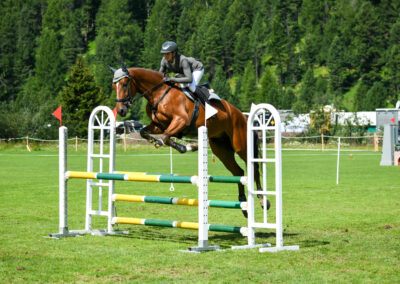 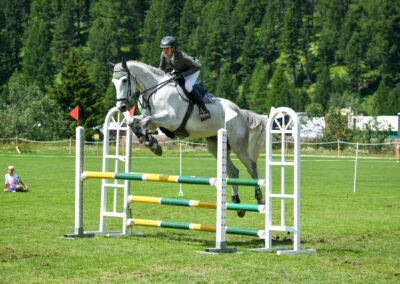 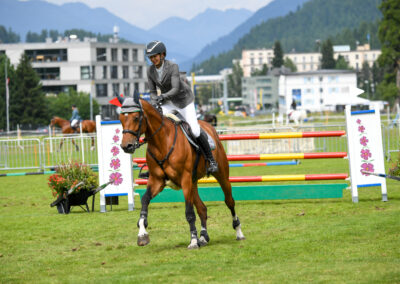 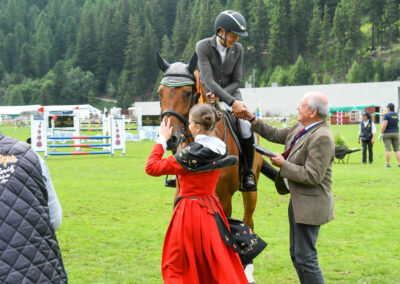 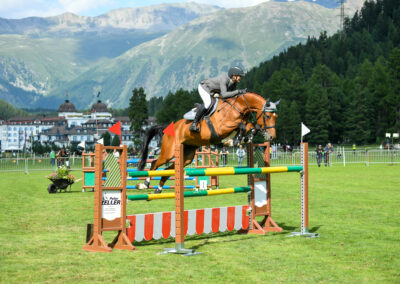 Most enjoyable was the presents of „moms and dads“, the CASTLE STABLES fan club that supported each and every rider in the ring. 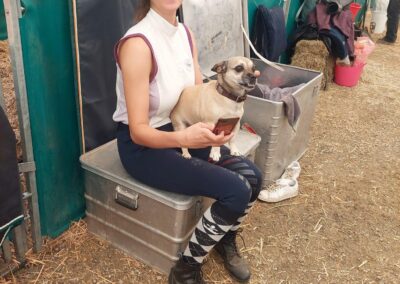 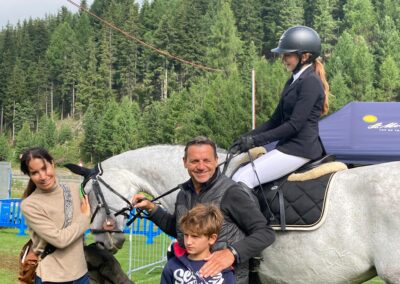